What Is Vedic Astrology? How Is It Different From Western Astrology?

Vedic Astrology is an ancient Indian system of astrology originated in modern day India and Nepal.

Practiced mainly by Hindus in vedic times, hence termed also as ‘Hindu Astrology’, it now has made itself known to seekers from different parts of the world.

It is the study of planetary motion and position at any given moment of time with regard to their effects on our life and events on Earth.

It is originally known as ‘Jyotish’ in Sanskrit which literally translates to ‘the science of light’ which is why even today astrologers in India and Nepal are hailed respectfully as ‘Jyotishi’ or ‘Jyotish Guru’.

Its purpose is to show a path to the lost and confused ones and guide them with the light of wisdom.

Vedic Astrology is one of the six auxiliary disciplines of Hinduism collectively called ‘Vedanga’.

While it is widely accepted that Jyotish was mentioned in Rigveda, many have come forward to say that it was just a misnomer.

Nonetheless, it is proven with facts and data written in scriptures that astrology was practised widely in ancient India.

We generally accept astrology as a predictive tool to foretell our future, but Jyotish takes astrology as a map that shows  individuals the result of their past life karma.

The Fundamentals of Vedic Astrology

An important thing to keep in mind is that each planet signifies certain qualities, – each House encompasses certain sectors of life, and each sign carries distinct qualities.

At  a very fundamental level, Vedic astrology is the permutation and combination of these three aspects – planets (Grahas), houses (Bhavas), and signs (Rashis).

But there is more to Vedic Astrology than planets, houses, and signs.

To begin with, Vedic astrology heavily focuses on Nakshatras.

Nakshatras can be thought of as lunar mansions, or different residences that the Moon moves between.

They are segments in the ecliptic, through which the Moon circles around from its orbit when viewed from Earth.  Each Nakshatra evokes a unique field of energy that influences us directly.

There are twenty seven Nakshatras in total.  They are:

These Nakshatras play huge roles in any individual life because they are energies working along with signs.

Vedic Astrologers calculate the Dasha (running time period) an individual is going through, based on the Nakshatra of the moon at the time of the birth of that person.

Dasha systems like Vimshottari Dasha and Yogini Dasha are based on the placement of the moon in a Nakshatras at the time of birth of an individual.

This is also why Nakshatras are very important aspect of Vedic Astrology.

There are different systems and branches of astrology, such as Siddhanta (Astronomy), Samhita (Mundane Astrology), and Hora.

Before we talk about the differences between Vedic and Western Astrology, we need to understand that Vedic Astrology comprises and gives importance to many types of Charts.

Each type of chart is used for specific functionalities or types of predictions.

This is also one of the major differences between Vedic and Western system that Jyotish uses multiple charts and western system uses one chart.

So what are the different types of charts used in Vedic Charts?

There are sixteen divisional chart s in Vedic astrology as per Parashara Hora Shastra.

Rashi Charts(D-1):  It gives general predictions and used extensively for basic purposes
Hora Chart (D-2):  Divides planets in Hora of Sun or Moon to weight their strength. Focuses on Wealth and Family.
Drekkana Chart(D-3):  This chart is used to predict about matters related specially to third House and focuses on themes of siblings, small groups, drive, curiosity, courage etc.
Chaturthamsa Chart (D-4):  Focuses on wealth, capacity for real states and properties etc.
Saptamsa Chart (D-7):  Zooms in on the factors related to children and offspring.
Navamsa (D-9):  This is one of the most important Divisional Chart in Vedic Astrology. Primary used to research about marriage, after marriage destiny. It is also used to judge the strength of the planets in Lagna Chart. It is called Dharma chart also and used to explore the fruits of past life Karma.
Dasamsa (D-10):  It is used to understand the career and progression of career of an individual. Most important chart to explore the kind of career native will be inclined towards.
Dwadasamsa(D-12):  Used to understand parents, their karma, and their legacy.
Shodasamsa (D-16):  Chart to understand vehicle comfort, quality of travelling etc.
Vimsamsa (D-20):  The kind of spiritual inclination the native will have, if there is any, is seen from this Chart.
ChaturVimsamsa (D-24): T his chart focuses on the ability to pursue higher education, and excel in academic fields.
SaptaVimsamsa (D-27):  Used to understand the physical weakness and strength of the Native.
Trimsamsa(D-30):  Used to calculate evil effect and character of the native.
Khavedamsa (D-40): This chart is for analyzing auspiciousness and inauspiciousness.
Akshavedamsa (D-45):  This chart is for understanding character and moral behavior of the Native.
Shastiamsa (D-60):  o gauge the past life Karma of the Native.

The Lagna Chart ( Ascendant), The Moon Chart, and the other Divisional Charts are referenced extensively to predict with accuracy in Vedic Astrology.

How is Vedic Astrology Different from Western Astrology?

To answer the question we need to understand first what Tropical Zodiac and Sidereal Zodiacs are.

The Zodiac is a cluster of constellations with distinct shapes which may be familiar to some of us.

For example, Aries is one of the twelve signs within the Zodiac.

However, there are two different versions of  the Zodiac.

To put it simply, the Sidereal Zodiac is observed when we put planets at the backdrop of cluster of stars and focus on a specific section of the sky.

The Tropical, or Western,  Zodiac is based on the dynamics between Sun and Earth.

This is the reason why the two system of Zodiac are around 23 degrees apart.

That difference is called ‘Ayanamsha’ in Sanskrit.

Apart from this mathematical difference there are some basic conceptual difference between the two system of Astrology which listed below:

In Vedic Astrology a sign covers the whole House while in Western a single sign can spread up to three houses.

Western Astrology considers outer planets like Uranus, Neptune, and Pluto as important part of predicting outcomes. Moreover there are many smaller planets like Chiron that are considered in Western astrology. But in contrast Vedic Astrology only takes seven inner planets and adds two nodes of the moon as shadow planets. The two shadow planets are Rahu and Ketu.

The Concept of Nakshatras

Since Western Astrology is centered around Sun it does not have the concept of Lunar Mansions. But Nakshatras or Lunar Mansions carries huge importance in Vedic Astrology and is very helpful to predict accurately.

As mentioned above, Vedic astrology uses multiple charts to predict any results, while Western astrology sticks with one single chart.

There are many more differences between Vedic Astrology and Western Astrology.

The concept of ‘Graha Drishti’ for example, is not practised in Western Astrology.

In Vedic Astrology Jupiter has fifth and ninth house ‘Drishti,’  but there is no such concept in Western Astrology.

The purpose of this article is to give an overview of Vedic astrology and its difference from the Western system.

We hope that you got a fairly clear idea of what Vedic Astrology is from this article. 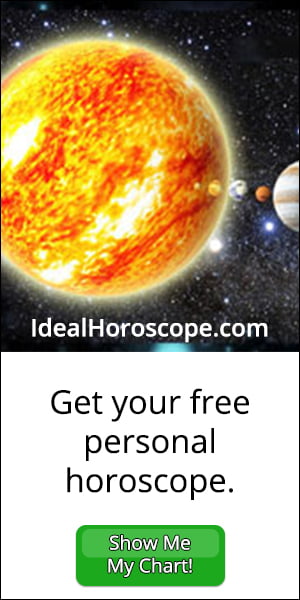 Planets in the 10th House