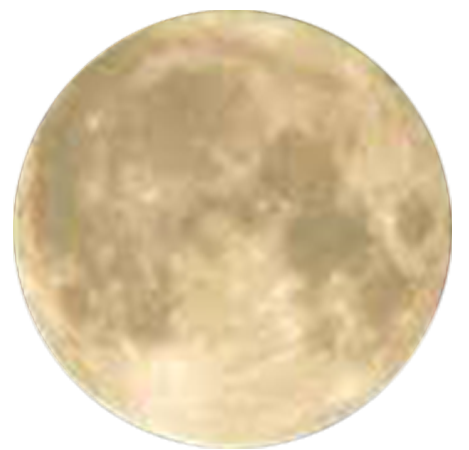 Many astrologers regard the Moon as the singular greatest influence in our horoscope. As such, it matches or even surpasses the ascendant in terms of significance. If we comprehend the rationale behind the great importance placed on the Moon, then we can master the essence of this system, since the Moon controls peace of mind, comforts, and the overall welfare and destiny of a person. In contrast to Western astrology where the Sun is the most critical factor, the emphasis in this structure is not on a person’s entrenched propensities and inclinations, determination, authority, nor talent. It rather focuses on the resulting benefits that one earns, such as luxuries, absence of hardship, prosperity, recognition, etc. This is essentially what is at the core of Vedic Astrology. So, if the Moon is frail or distressed, a person may never be acquainted with happiness or be able to lead an affluent existence his entire life, and success will be an extremely difficult goal to attain.

As far as areas of influence are concerned, the Moon is associated with mothers, women, the public, as well as the emotional aspects, among other things. It also controls development and, probably because of this reason, has a great effect on the health of children, as they grow up. People with a distressed Moon are mostly frail or unhealthy in their early stages of development. Additionally, the Moon controls the mind, but in the context of peace of mind and common sense, instead of intelligence. Memory is also one of the Moon’s occupation. A more succinct way to describe its role is that the Moon is mainly responsible for the general theme of the horoscope more than any of the other elements outside of the ascendant.

It cannot be stressed enough that the house position of the Moon must never be overlooked or undervalued. The actual, comfortable, and critical aspects of life are riding on the significations of the particular house in which the moon is situated. The position of the Moon is therefore one of the most reliable guides as to how a person will play out his karma, and it is especially useful when deciding what type of occupation or vocation one wishes to embark on.

Since the Moon is such a vital element, the succeeding phase after studying the horoscope in the conventional manner is to evaluate the chart, disregarding the ascendant and taking into consideration the Moon’s placement as the 1st house. This is called Chandra lagna (translated as Moon ascendant) which is actually not a separate process but something that Vedic Astrology practitioners bear in mind while defining the horoscope. This method, while perhaps not so explicit in its revelations, does however provide additional depth or context on top of what the actual horoscope signifies.

Another marked difference symbolic of the importance of this planet in Vedic Astrology is the consequence of adjacent planets on the Moon. It is greatly important, actually compulsory, that the Moon should not be segregated in the horoscope. There should always be planets either in conjunction or in the house immediately previous to or succeeding the Moon, or both. It goes without saying that it would be more desirable if these planets should not be malefics, yet even those would actually be more preferable than having no planets at all. Or else, if the Moon is isolated, there would be no peace of mind at all and there would be less good fortune that can be expected, and the capability to acquire renown or appreciation in life would be greatly spoiled.

Other than the fact that the Moon is considered more significant than to the Sun, there is another key distinction between Western and Vedic Astrology regarding the Moon. That is whether the Moon was waning or waxing at birth. This is due to the fact that the waning Moon is actually deemed as malefic, while the waxing Moon on the other hand is considered as a benefic. There is a nuance however to this process because a waxing Moon may be a newly elapsed new Moon, for example, which is practically on the way to becoming brighter but in actuality may still be relatively dim. In the same vein, a waning Moon which has just passed its full Moon phase, although on its way to becoming darker, may still be shining brightly. Hence, prudence should be applied in such cases. Nevertheless, there are two points that must be given importance: firstly, that there is a legitimate justification to do a qualitative comparison between a waning Moon (malefic) and a waxing Moon (benefic), and secondly, is to consider that the Moon’s effect consequently becomes greater or weaker depending on how bright or how dim it is at a given time. Take note that a bright Moon in its optimum house placement and attributes is considered as having a power believed to be on the same level as that of Jupiter in terms of intensity. Thus, the full Moon, which in Western astrology is looked upon as a very challenging presence (recognized as the Sun opposite the Moon position), in Vedic Astrology is actually acknowledged as one of the most promising and providential of all astrological scenarios.

To determine whether the Moon was waning or waxing at birth is actually rather simple. Because the Moon actually moves faster than the Sun, just record in the horoscope if the Moon was moving towards its opposition point from the Sun at the given time. If this is the case, then you may conclude that it was waxing, or becoming brighter. On the other hand, if it has already reached its opposition with the Sun and is now shifting towards the conjunction, then it is definitely waning, or becoming darker.

The Moon is personal, damp, and feminine, and friendly to all other planets. Its optimum position is in Taurus (its exalted state), and poorest in Scorpio (its fallen sign). The Moon governs Cancer and provides extremely beneficial effects in that sign. It receives directional strength (dik bala) in the 4th house, where it provides exceptional results. The Sun and Mercury are the noted allies that warmly welcomes the Moon in their respective houses. The remaining planets are all considered as neutral to the Moon. There are no known adversaries. An alternate name for the Moon is Soma. To offset the effects of a frail, waning, or distressed Moon one may resort to wearing Pearls or Silver.

Indications of the Moon