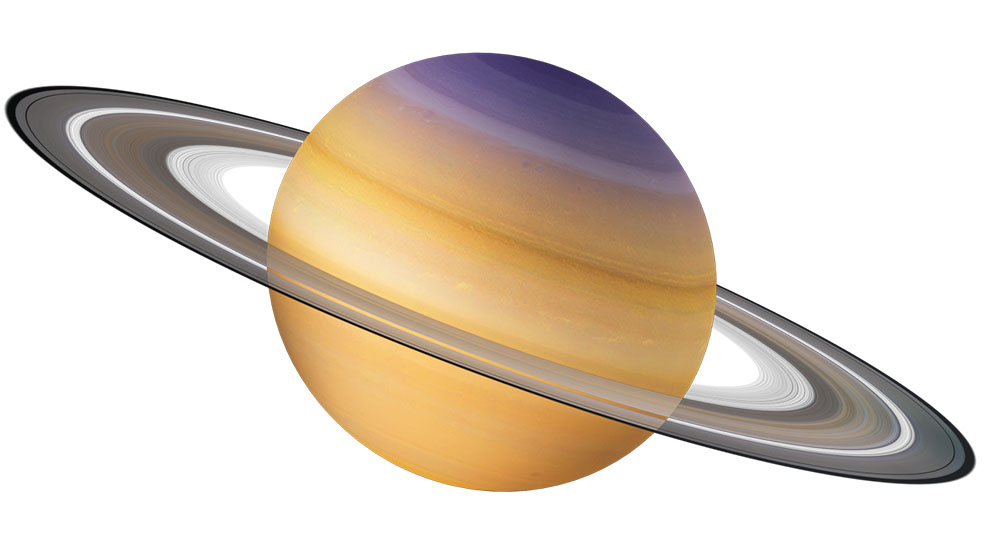 In the result-oriented Vedic Astrology, Saturn is the most feared among all the planets. It is the personification of misfortune and destroys the house it inhabits and any other houses that it aspects. It also injures any planet it happens to conjoin or aspects. Saturn’s unions are spoiled in a relatively “karmic,” or ill-fated manner, meaning that there is nothing much that a person is able to do regarding whatever signification may have been damaged. In a nutshell, this planet harasses a person, unless it is positioned in a house that can assimilate a malefic. And yet, even then, there may still be some indication of damage that has been done to some level.

While Saturn’s very essence is to contain, impede, and annihilate, as one of the two outermost planets in Vedic Astrology, it is also able to grant the most profound evolutionary characteristics a person may acquire. A well-positioned and well-aspected Saturn signifies a person of knowledge, honor, and discipline. It is particularly beneficial to people who are on the spiritual path, persistently searching for perfection, because Saturn enhances modesty, tolerance, commitment, and a sincere non-attachment to earthly desires and inclinations. It provides spiritual encouragement at the highest level. It has been observed that almost all those engaged in religions, philosophies, and significant new-age practices have Saturn either aspecting the Sun, ascendant, or ascendant ruler.

Another good feature of Saturn is its capability to confer leadership capacities. In the ancient Vedic Astrology scriptures, this is the planet usually credited as enabling a person to become a “leader of his village”. This may be due to the fact that the knowledge revealed by Saturn has been earned through experience instead of through philosophy or intellect, as in the case of Jupiter (the other noted spiritual planet). Either way, Saturn is the recognized planet of authority, which bequeaths the capacity to rule and govern others.

Aside from the fact that Saturn’s consequences in Vedic Astrology are deemed as outright malefic, Western astrology offers little difference in its significance. There is one major delineation which should be noted however; that is the issue of longevity, whose concern belongs to Saturn. A well-aspected and dominant Saturn denotes a long life, although this must be evaluated in parallel with an examination of the 8th house, which also governs the same.

Saturn is arid, cold, coarse, and masculine. It is seen as a tamasic, which means lethargic and injurious. It is an ancient or old planet, and when sufficiently positioned so as to aspect or align with the ascendant or ascendant ruler, will imbibe an aged appearance early in life.

Saturn gets its directional strength (dik bala) in the 7th house, where its powers are extremely enhanced and its significations are reinforced.

However, it’s worth mentioning that this is the one instance where a planet is in its dik bala position produces extreme devastation to the very house it inhabits. Concerning sign placements, Saturn operates best in Libra (where it is exalted) and poorest in Aries (its fallen sign).

It governs Capricorn and Aquarius, where it provides excellent outcomes as well.

Allies who welcome Saturn’s company in their houses are Mercury and Venus.

Its known adversaries are the Sun, Moon, and Mars, while Jupiter is considered neutral.

Ancient scriptures often mentioned that this planet actually performs very well in Sagittarius and Pisces (the signs which Jupiter reigns over). This is despite the fact that in the friendship system Jupiter is only supposed to be purely neutral to Saturn.

The gem for enhancing Saturn’s effects is a blue sapphire.